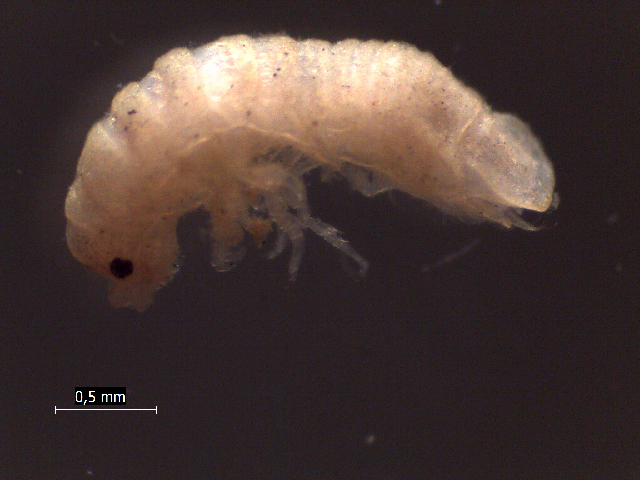 Limnoria saseboensis is a small, marine, wood-boring isopod, commonly known as a gribble. It was first described from Kyushu, Japan and is thought to be native there. Populations are also known from Australia, where it is cryptogenic (i.e. native or non-native status is currently unknown). In 1950, six introduced individuals were collected in Biscayne Bay, Florida, but no specimens have been seen since. It lives in male-female pairs inside boring tunnels, and has been collected in pine and hardwood test blocks, rotting logs, and wharf pilings. No specific impacts have been reported for this species.

Image Credit: Luisa Borges, Universidade do Minho (CC BY-NC-SA license). Please note that this is an image of Limnoria sp.