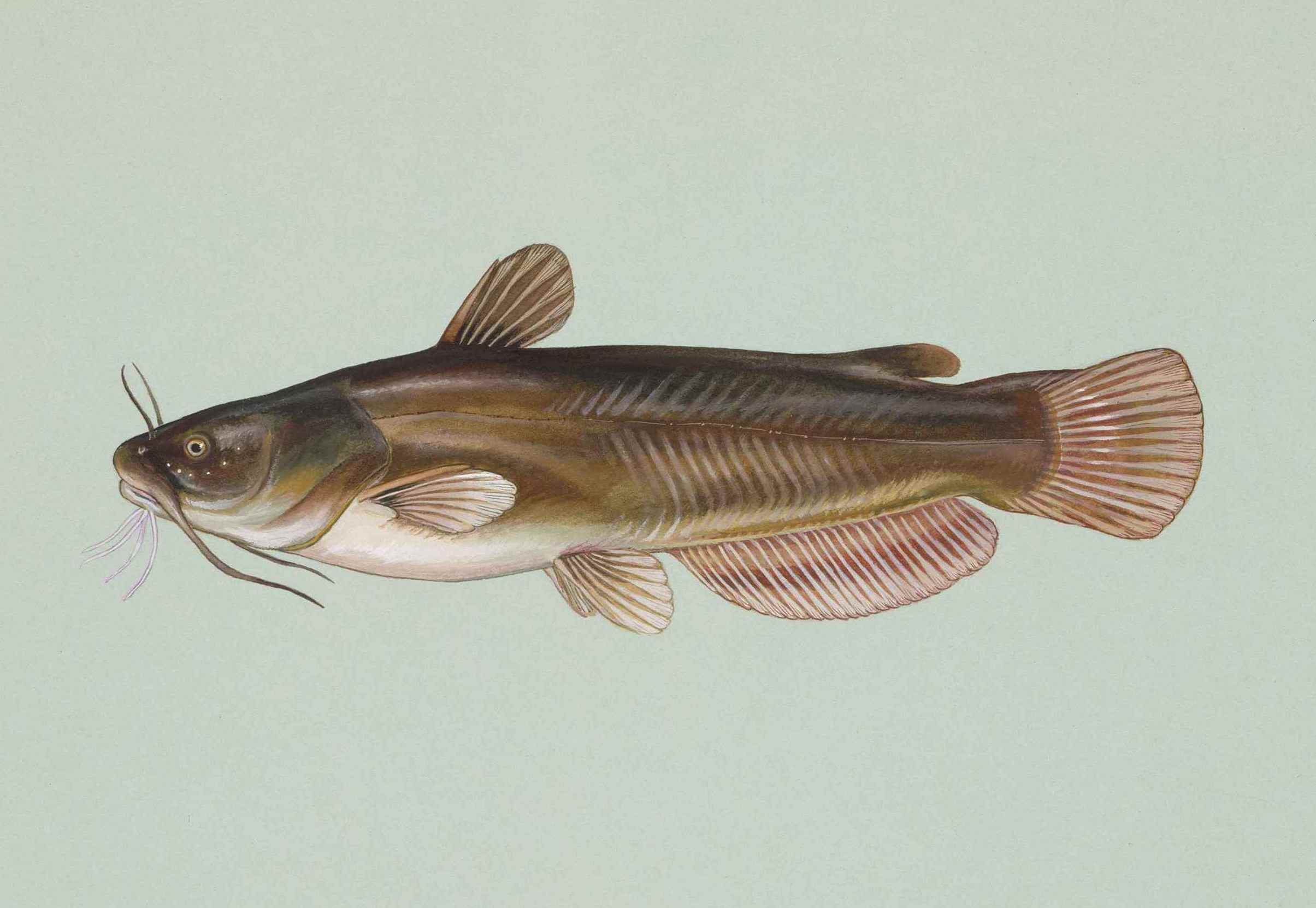 Yellow Bullheads (Ameiurus natalis) are freshwater catfish native to interior basins of North America from the St. Lawrence River-Lake Champlain west to North Dakota and south to Florida and Texas and on the Atlantic coast from southern Florida to the Hudson River. They have been introduced to Connecticut and Massachusetts, California and Oregon. They are rare in the San Francisco estuary, and uncommon in the Columbia River estuary. No Impacts have been reported.

Yellow Bullheads (Ameiurus natalis) are freshwater catfish native to interior basins of North America from the St. Lawrence River-Lake Champlain west to North Dakota and south to Florida and Texas. On the Atlantic coast, they are native from southern Florida to the Hudson River (Page and Burr 1991; USGS Nonindigenous Aquatic Species Program 2014). They have been introduced to Atlantic drainages in Connecticut and Massachusetts (USGS Nonindigenous Aquatic Species Program 2014), but we have no reports from estuaries in New England. Yellow Bullheads have been widely introduced in the western United States, establishing in the Colorado River, and the Columbia River estuary. Their establishment in the Sacramento-San Joaquin Delta is somewhat uncertain (Dill and Cordone 1997; Moyle 2002; Leidy 2007), but they were reported in a recent survey (Sommer et al. 2014).

Yellow Bullheads (Ameiurus natalis) may have been included in mixed shipments of 'catfishes' to California in 1874, and to Oregon in 1888-1905. However, they are easily confused with Black Bullheads (I. melas) and Brown Bullheads (I. nebulosus) (Smith 1895; Chapman 1943; Lampman 1946; Dill and Cordone 1997). The first definite California record was from the Colorado River in 1942. Soon after in 1944, they were found in the Sacramento-San Joaquin Delta and from streams and freshwater sloughs in the Delta (Dill and Cordone 1997; Moyle 2002), but were not found in other surveys (Leidy 2007). Small numbers were found in a 1999-2006 survey of fishes of the Yolo Bypass (Sommer et al. 2014), so we treat them as 'established'.

As in California, introductions of unidentified catfishes in the Columbia River occurred in the late 19th century, before accurate identifications were made. Sytsma et al. (2004) gave the date of introduction as 1905, when a large exhibit of Mid-Western 'spiny rayed fishes' was released into a pond along the Columbia River, during the Lewis and Clark Centennial Exhibition (Lampman 1946). However, the first definite identification of the Yellow Bullhead in the Columbia and Willamette Rivers was in 1945 (Lampman 1946). They were found in recent surveys of the rivers and sloughs around Portland but were less abundant than the Black Bullhead (Hughes and Gammon 1987; Farr and Ward 1993; Van Dyke et al. 2009). In 2005, one specimen was collected in British Columbia, in Siverment Lake, adjacent to the lower Fraser River (Hanke et al. 2006).

The Yellow Bullhead (Ameiurus natalis) is a freshwater fish. Bullhead Catfishes (Ictaluridae) have four pairs of barbels, no scales, an adipose fin, stout spines at the origins of the dorsal and pectoral fins, and abdominal pelvic fins. The caudal fin of the Yellow Bullhead is rounded or nearly straight. The anal fin is moderately long and nearly straight in outline, with 24-27 rays. The dorsal fin has one spine and 6 rays. The rear edge of the pectoral spines has 5-8 saw-like teeth. Adults can reach 470 mm, but more usually below 200 mm. Yellow Bullheads are olive to slate-black above, or slate-olive, and lighter, yellow-olive on the sides, and white to yellow below, with dusky to black fins. The chin barbels are white (Page and Burr 1991; Jenkins and Burkhead 1993; Moyle 2002).

Ameiurus catus
Ameiurus catus (White Catfish) is native to the Atlantic Slope and has been introduced to the San Francisco estuary and the Columbia River. The tail is forked, the pectoral spine has saw-like teeth, and the chin barbels are white (Page and Burr 1991).

Ameiurus melas
Ameiurus melas (Black Bullhead) is native to the Mississippi-Great Lakes basin, and has been introduced to the San Francisco estuary and the Columbia River. The tail is squared-off, the pectoral spine lacks sawlike teeth, and the chin barbels are dark (Page and Burr 1991).

Ameiurus nebulosus
Ameiurus nebulosus (Brown Bullhead) is native to the Atlantic Slope and Mississippi-Great Lakes basin, and has been introduced to the San Francisco estuary and the Columbia River and Fraser Rivers. The tail is squared-off, the pectoral spine has saw-like teeth, and the chin barbels are dark. The body has dark brown mottling (Page and Burr 1991).

Yellow Bullheads (Ameiurus natalis) are freshwater catfish. Male and female bullheads do not have obvious morphological differences. They mature in the second or third year, at a minimum of 127 mm. Spawning occurs in spring. Both parents excavate a shallow circular nest in the substrate by fanning away debris and pushing it away with their snouts. Females contain 1650-7000 eggs. During spawning, the male and female embrace in a head-to-tail fashion, with the males' tail curled around the female's head. The eggs are usually guarded by the male. Prolarvae remain in the nest until the yolk-sac is absorbed (Jones et al. 1978; Jenkins and Burkhead 1994. When the yolk-sac is absorbed, fin-ray development is complete, and the fish are juveniles. Like other bullheads, the juveniles swim in dense schools in shallow water (Jones et al. 1978).

Yellow Bullhead are warm-water fish and range from cold-temperate to subtropical climates. Adults tolerate salinities up to 15 PSU but is rare at salinities above 5 PSU (Kilby 1955, cited by Kendall and Schwartz 1968; Murdy et al. 1997). Their habitats include 'pools, backwaters, and sluggish currents over soft substrates in creeks and small to large rivers, impoundments, oxbows, and ponds' (Page and Burr 1991). Yellow Bullheads are omnivorous and eat aquatic plants, benthic invertebrates, and small fishes (Murdy et al. 1997). Predators include larger fish, birds, and humans.

Yellow Bullheads (Ameiurus natalis) are apparently very rare in the San Francisco estuary, and uncommon in the Columbia River estuary (Moyle 2002; Farr and Ward 1994; Van Dyke et al. 2009). No Impacts have been reported.