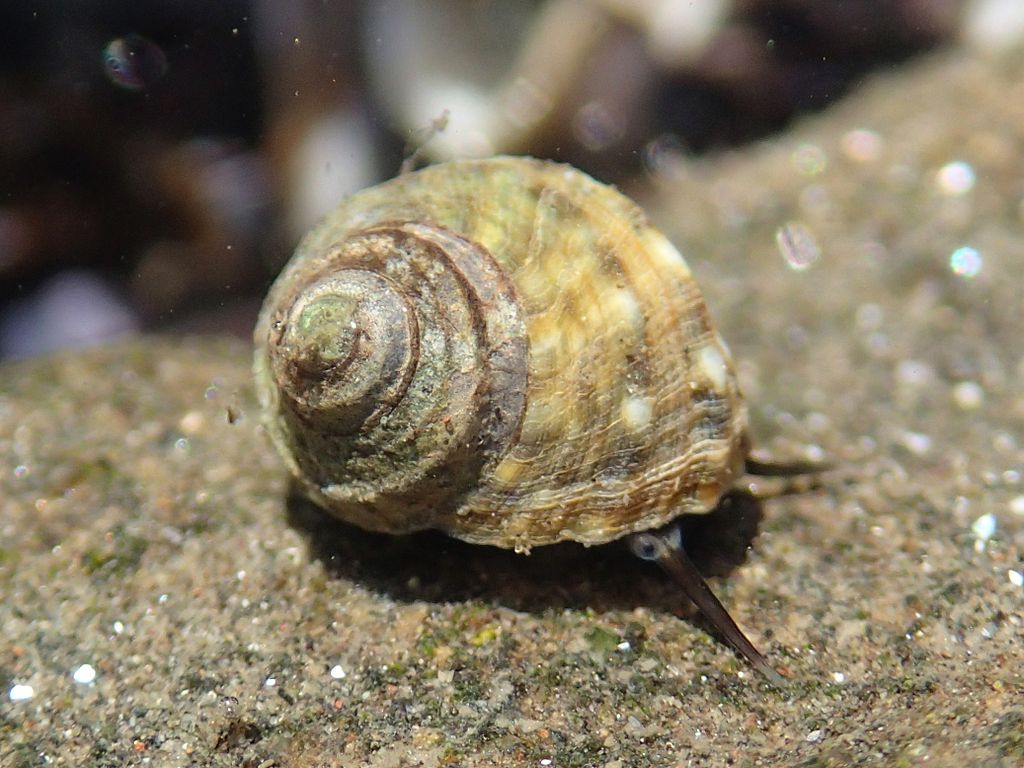 Littorina brevicula is a periwinkle snail which is native to the Northwest Pacific. It ranges from Hong Kong to the southern Kurile Islands, Russia. Individuals were found on imported Japanese Pacific Oysters (Crassostrea gigas) in Washington and California, but there are no reports of established populations. In its native habitat it is found on rocky shores where it feeds on littoral algae.

* This species is not currently established in North America.

Littorina brevicula was found on newly planted beds of Japanese Pacific Oysters (Crassostrea gigas) in Samish Bay (in 1924) and Bellingham Bay, Washington (WA) (in 1926). It was also found on incoming shipments of Japanese oysters at Willapa Bay, WA and Elkhorn Slough, California (Bonnot 1935; Kincaid 1949, cited by Hanna 1966; Carlton 1979). It is not known to have become established in North American waters, or elsewhere, outside its native range (Hanna 1966; Carlton 1979).

Littorina brevicula is a small marine snail with a sturdy shell. The adult shell is dextrally coiled, and has 5-6 whorls with prominent spiral keels. Between the keels are many small spiral ribs. The sculpture includes widely spaced, slanted growth lines, intersecting the spiral keels. The shell color may be yellow-brown, green, or olive, with blotches of dark brown or black. The interior of the mouth is lilac or violet. The shell reaches 18 mm in length, and about 17 mm in height. Description from: Golikov et al. 1976.

Littorina brevicula is a periwinkle that inhabits rocky shores. Sexes are separate, and the snails become sexually mature at ~6 mm shell length. Spawning occurs in winter and early spring. Females release planktonic egg capsules, which hatch into planktotrophic veligers. The snails feed on littoral algae and occur from the mid-intertidal to ~3 m depth (Golikov et al. 1976; Son and Hong 1998).

Littorina brevicula is a failed introduction on the coast of North America and has no reported impacts.