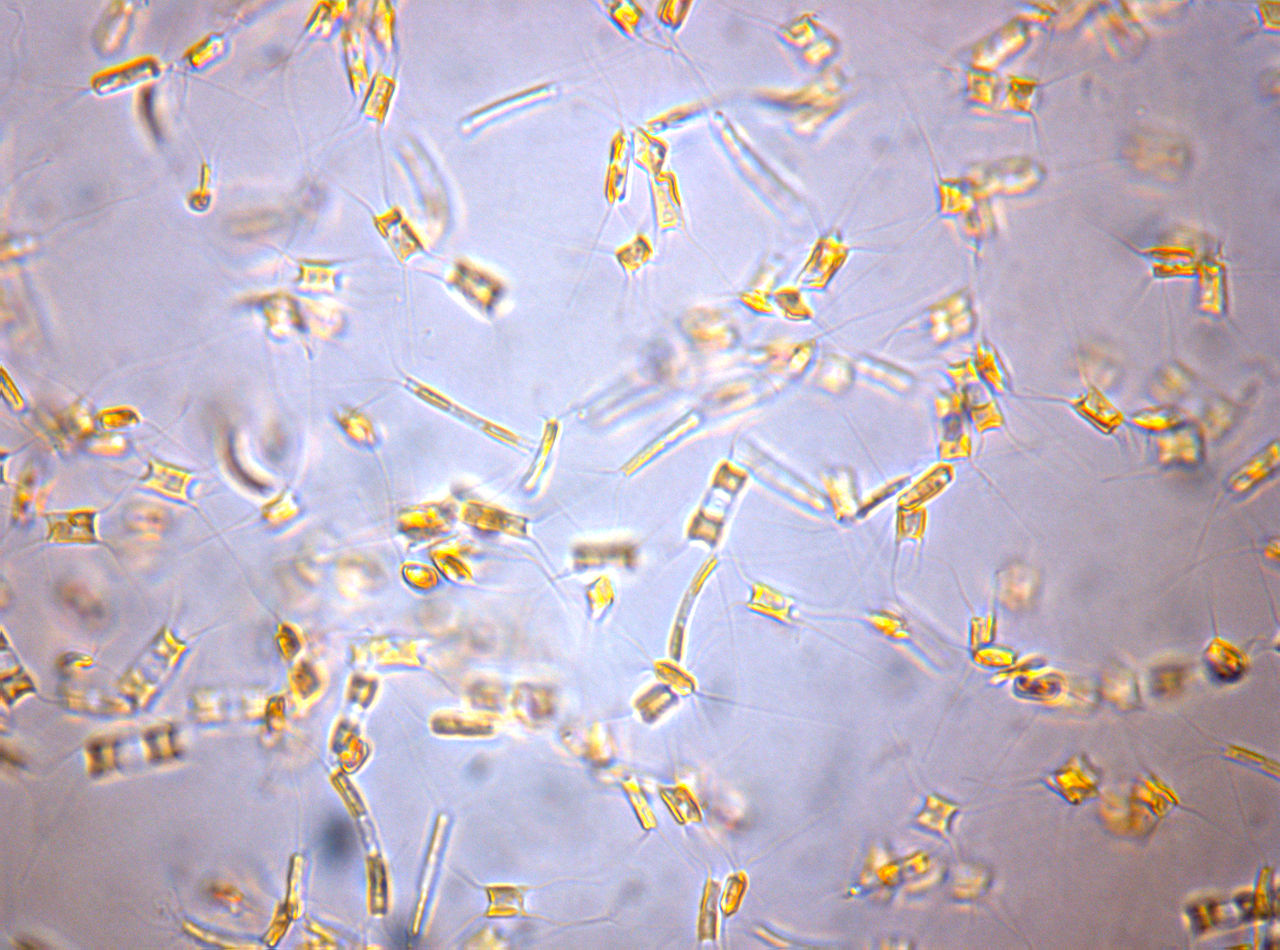 Attheya armata is a surf-zone diatom, known from several beach areas around the world which receive enough surf and have suitable sand conditions to support the heavy-shelled forms in the plankton. Surf diatoms have been studied on the coasts of Washington and Oregon since the 1920s.  Attheya armata  was first observed in the 1950s and has become the dominant surf-zone diatom from the Olympic Peninsula to the California border.  This diatom is known form Britain, Spain, New Zealand, Tasmania, and Argentina.  Ballast water is a possible vector, but surf diatom blooms have also been attributed to local nutrient dynamics.

Image Credit: Richard A. Ingebrigtsen, Department of Arctic and Marine Biology, University of Tromsø via Wikimedia Commons and the GNU Free Documentation License.