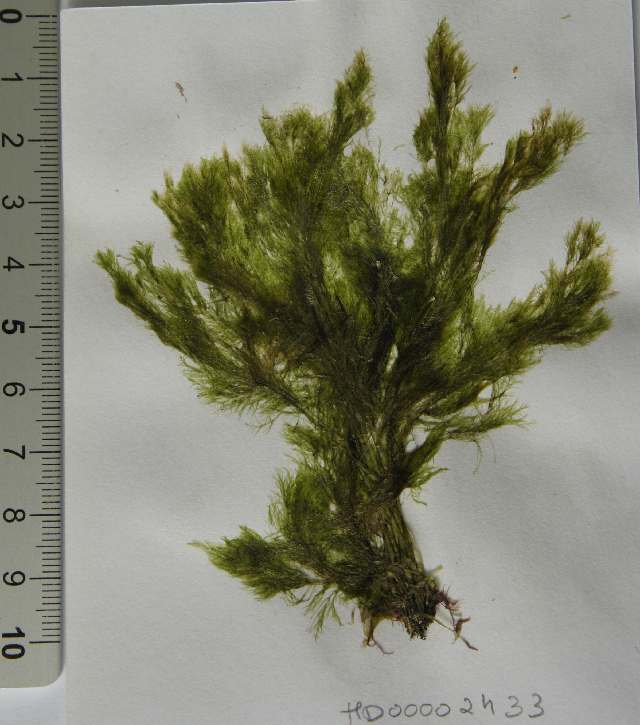 Bryopsis sp. is an densely branched green alga.  It is one of three unidentified forms of Bryopsis found in San Francisco Bay.  It lacks sexual reproduction. and has weedy growth characteristics.  It occurs in the East Bay from Alameda to Richmond, at Coyote Point and a the Golden Gate .It appears in early spring, nad grows 'explosively'. This alga is often cast ashore in large quantities, together with other species of algae. 'Such behavior is clearly that of a weed, but the original home and identity of this plant is undeterminable in the absence of sexual reproduction (Silva 1979)..

Image Credit: CIBIO Azores, via Boldsystems.org and the CC BY-NC-SA license. Image is of Bryopsis sp.